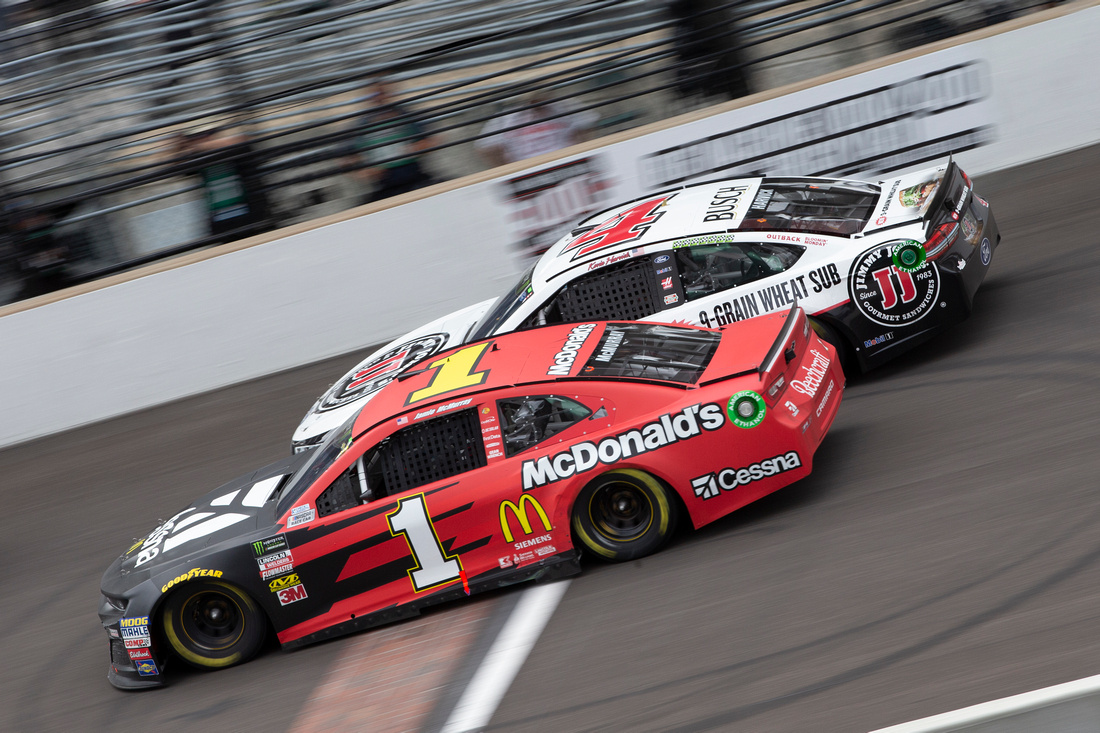 “We were just doing whatever it might take in order to win and it’s the same strategy that the No. 11 and No. 14 were on. It was hard to pass today, and I wanted to stay out because it was hard to make up any ground. When the No. 42 pitted I was worried about how many behind us might follow him in. We definitely made the right call. If the last caution hadn’t come out we would have run third or fourth, but it was a good day and nice to build on last week’s good race.”