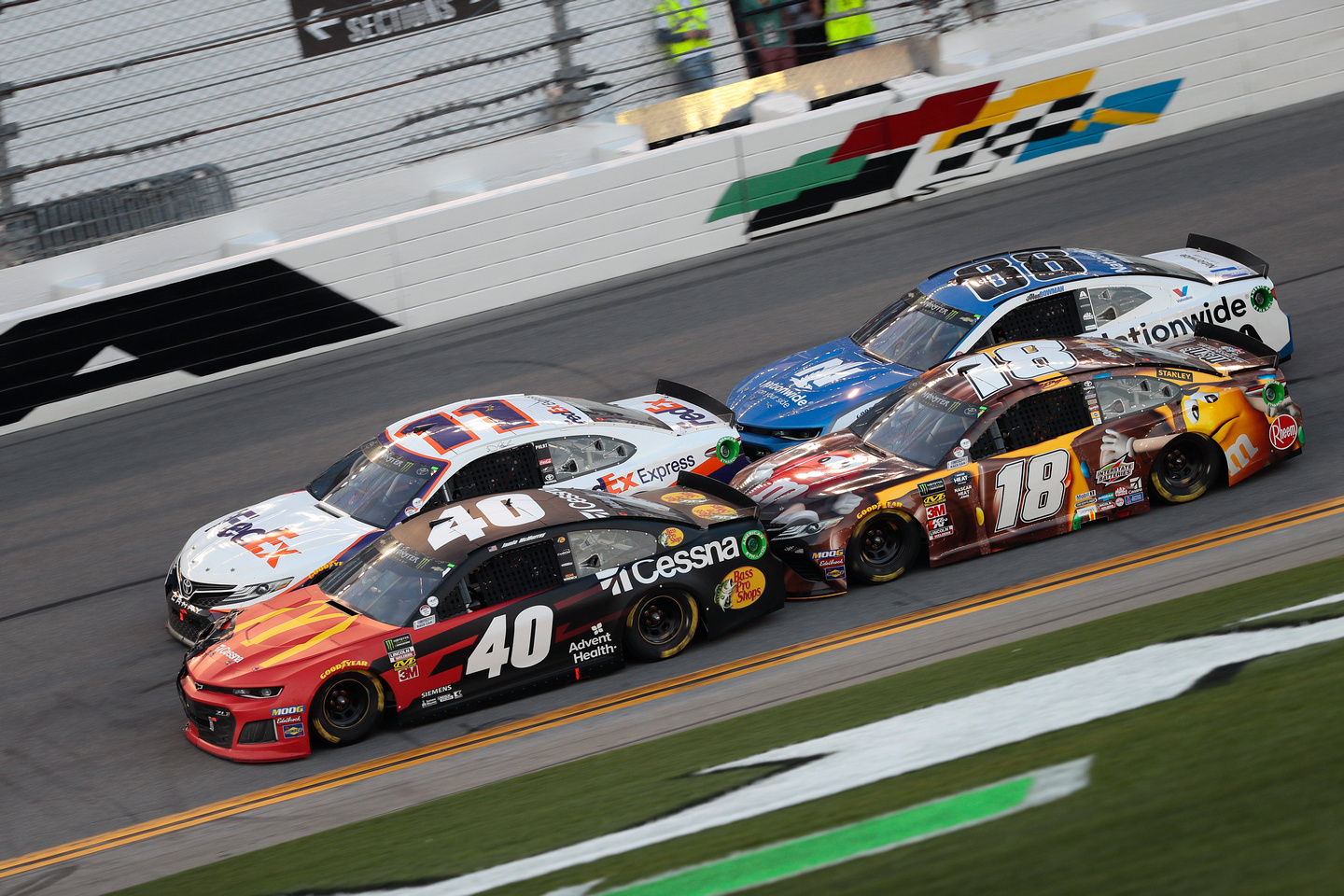 Sunday’s Daytona 500 had a little of everything for Jamie McMurray. After qualifying 17th, he had to start at the rear of the field once the team decided to change a gear before race day.

McMurray was then  involved in a wreck early in the race that gave his No. 40 Chevrolet damage on the right front of the machine. But, it wasn’t all gloom. McMurray raced his way back inside the top-10 near the halfway point of the race, and spent timing leading the pack from laps 164 to 169 (out of the scheduled 200 laps).

With under 10 laps remaining, the field began wrecking–three times total–and while McMurray was able to escape the first two, he was caught up in the final wreck while running eighth, that brought out the final caution of the race. He finished what is scheduled to be the final NASCAR Cup Series race of his career in the 22nd position.

“Certainly, a bizarre 500 to have so much green-flag racing and then so many wrecks at the end,” McMurray said. “It’s incredible to me how many times we were able to crash in the last 10 laps. It’s part of it. You were able to get big runs. It seemed like as the sun went down those runs happened more often. When the Daytona 500 is on the line, people are willing to take big risks. They just all waited to the end.

“I’m thrilled I made it as long as I did. I made it through two or three wrecks I should have been in and didn’t get torn up. It is just part of it. It is what it is and I’m just thankful I’m safe. This is just one of those places you come to that there are a lot of unknowns and certainly after flipping at Talladega (last April), speedway racing was a little different in my mind.”