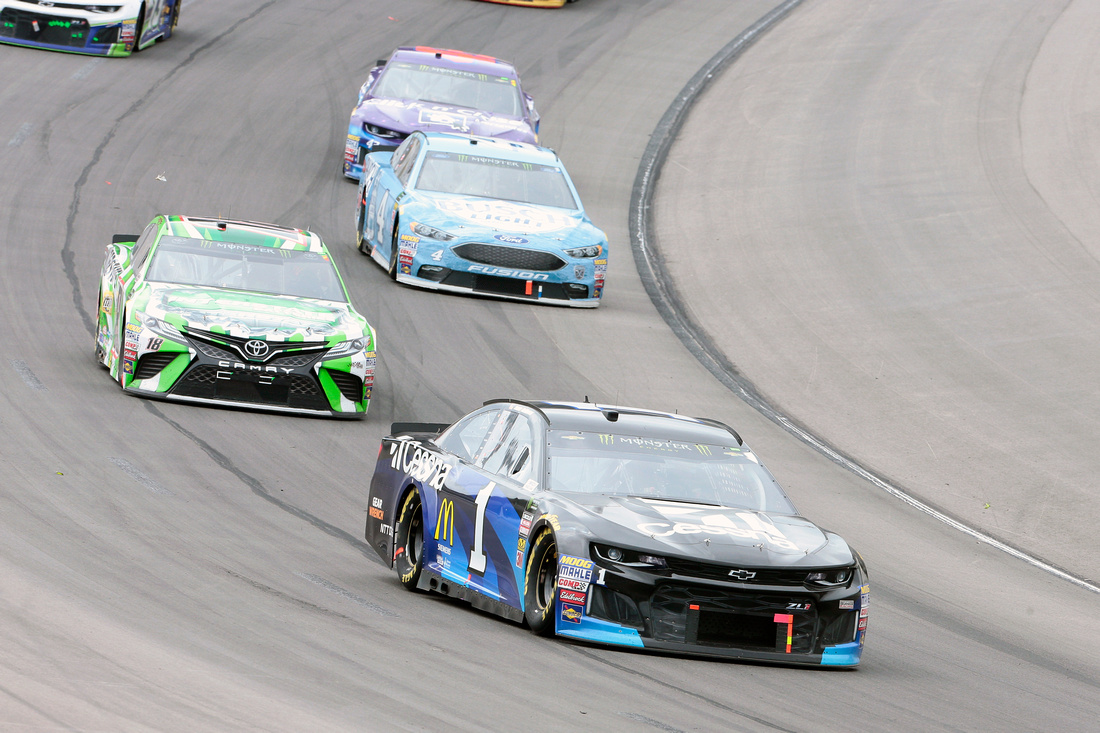 “We just had a really good Cessna Chevy Camaro ZL1 and were able to miss some of those accidents. The off-weekend couldn’t have come at a better time for us. We had such a horrible season going and it’s awesome to run as good as we did today at a 1.5-mile track. We have so many of these and I feel like we have been a little bit behind on the 1.5-miles but had a really good run today. Really proud of everyone on this team for sticking with it and working through the difficult start to the season.”

Q: HOW WAS YOUR RUN TODAY?
“Yeah, it was basically just a really good day for us from the start of the race.  The car was pretty good, especially on the long runs.  And then fortunate to miss a lot of the wrecks that happened and survived and then had good pit stops.  So, all around just a pretty solid day for our team.”

Q: HAS YOUR CREW EXPERIENCED ANY DIFFICULTIES WITH THE PIT GUNS?
“Yeah, I think there is a huge adjustment to get used to the pit guns that we have used in the past. There was a lot of work that went into those to get them to the level that they were at.  The pit guns that we get from NASCAR they are not even close to that same level.  I think there is a big adjustment for the teams.  Personally, I don’t know if we have had any problems throughout the year with the pit guns.”

Q: WHAT DID YOU GUYS DO TO REGROUP DURING THE OFF WEEK?
“We ran okay at (Las) Vegas and Phoenix and blew a right-front at Vegas and then I had to pit with like 10 laps to go or eight laps to go at Phoenix and ended up losing a couple of laps because of another tire issue.  Then had to pit again at Martinsville because of a left-rear tire rub with like 10 laps to go.  We have run okay.  We certainly haven’t run as well as we did today.  But, we have run okay this year, but today certainly was our best performance.  We had some different stuff in our car.  You try to learn in the off season and some of the stuff that we tried at the beginning of the year didn’t work out.  So, we went back to similar to what we had last year and we ran really well on the 1.5 miles and our performance was way better today than it has been all year long.  So, hopefully we can continue to work with that set-up and those parts and perform each week.”

Q: HOW DID YOU WORK YOUR WAY UP TO END UP WITH A THIRD PLACE FINISH?
“Well, it’s hard to pass.  So, it takes a long time. You work on guys.  Our car, fortunately, was pretty good on older tires.  We didn’t have as much fall off, but still it’s hard to pass.  Part of the reason it took me so long to get up there as well is I got stuck on the outside on the restarts.  Maybe you would get up to 10th or 12thand then have a restart on the outside and lose four or five spots.  You might spend the next 60 laps trying to get those positions back.  The outside got better as the race went on, but it was really bad at the beginning of the race.”

NEXT
MENCS teams will head to Bristol Motor Speedway for the Food City 500 on Sunday, Apr. 15. FOX, PRN affiliates and SiriusXM NASCAR Channel 90 will have live coverage beginning at 2 p.m. ET.