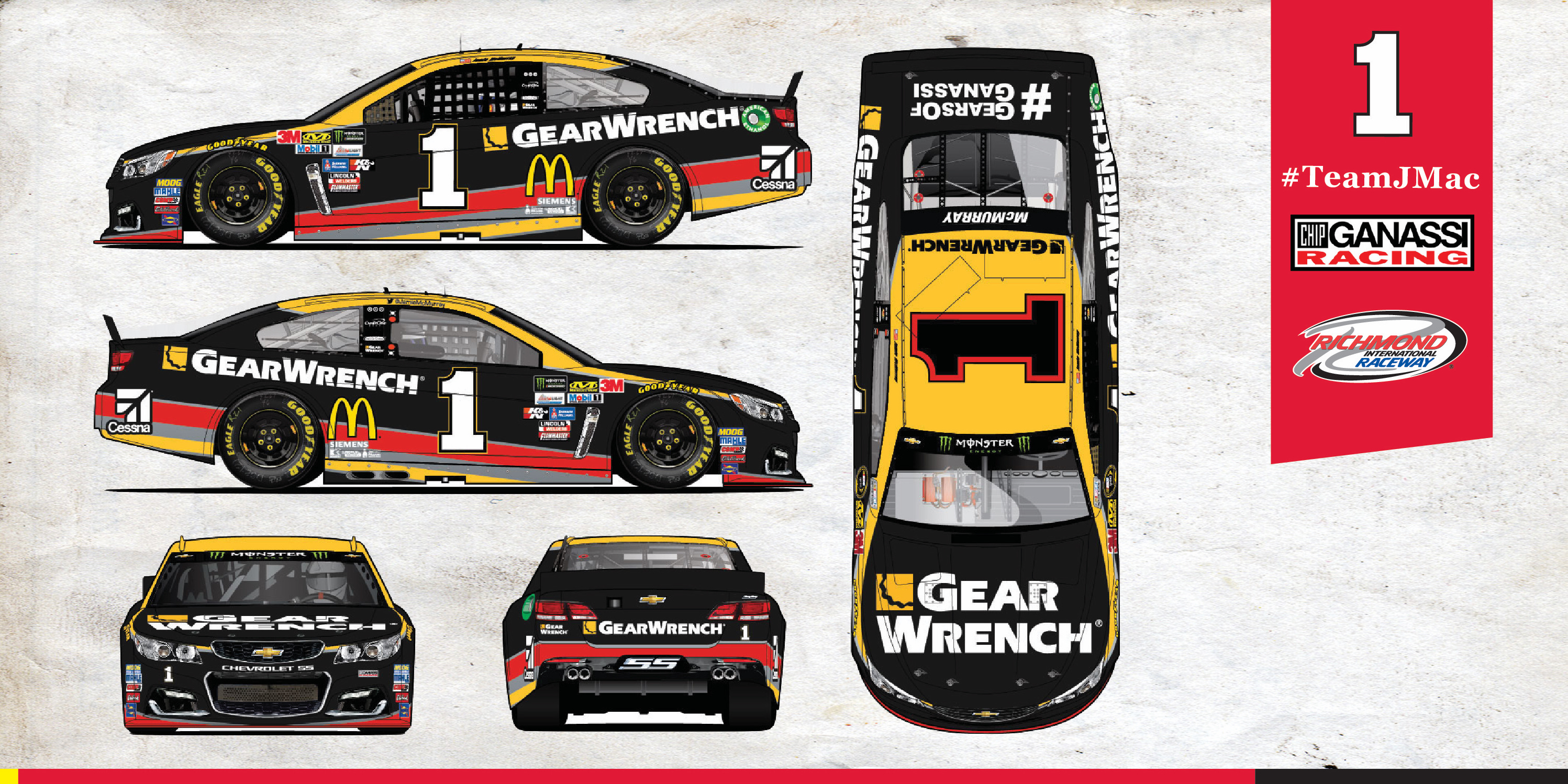 CONCORD, N.C. (APRIL 27, 2017) – After making an announcement at the 2016 Specialty Equipment Market Association (SEMA) Show in Las Vegas to partner with Chip Ganassi Racing (CGR), GearWrench will make its debut as a primary partner on the No. 1 Monster Energy NASCAR Cup Series (MENCS) Chevrolet SS this weekend at Richmond International Raceway (RIR).

About GearWrench:
GearWrench® is a premier hand tool brand from Apex Tool Group, one of the largest hand tool manufacturers in the world. Since the launch of the original patented five-degree ratcheting wrench, the GearWrench brand has continuously led the industry with breakthroughs in pass-thru ratchets, sockets, screw/nut drivers, pliers and specialty tools. Millions of GearWrench products have been “Professionally Tested” throughout the world.

About Apex Tool Group:
Apex Tool Group, LLC, based in Sparks, MD, is one of the largest worldwide producers of hand and power tools, tool storage, drill chucks, chain, and electronic soldering products. Directly and through its subsidiaries, Apex serves a multitude of global markets, including automotive, aerospace, electronics, energy, hardware, industrial, and consumer retail. Apex markets its portfolio of diverse products under its own brand names in addition to being the principal manufacturer for several key private label products for certain retailers for many years.

About Chip Ganassi Racing Teams
Chip Ganassi has been a fixture in the auto racing industry for over 30 years and is considered one of the most successful as well as innovative owners the sport has anywhere in the world. Today his teams include four cars in the Verizon IndyCar Series, two cars in the Monster Energy NASCAR Cup Series, two cars in the NASCAR XFINITY Series, two factory Ford GT’s in the IMSA WeatherTech SportsCar Championship and two factory Ford GT’s in the FIA World Endurance Championship. Overall his teams have 18 championships and more than 185 victories, including four Indianapolis 500s, a Daytona 500, a Brickyard 400, seven Rolex 24 At Daytonas, the 12 Hours of Sebring and the 24 Hours of Le Mans. Ganassi boasts state-of-the-art race shop facilities in Indianapolis and Concord, N.C., with a corporate office in Pittsburgh, Pa.